Margaux Motin is an illustrator and blogger living in Paris, France. She studied visual communication in Paris and began her career as an illustrator with a monthly column in the magazine Muteen. From there, she began to work for Nova, and eventually began to regularly draw for Elle France, Cosmopolitan France and Fluide Glamour magazine, as well as drawing for advertising and on her blog. Motin illustrated the covers for the French editions of Bridget Jones' Diary. She has also illustrated a graphic novel called Bad Twinz, working with fellow writer and artist Pacco. But I Really Wanted to be an Anthropologist, originally titled J’aurais adoré être Ethnologue, was her first published book, and has become a bestseller in France, selling over 80,000 copies. 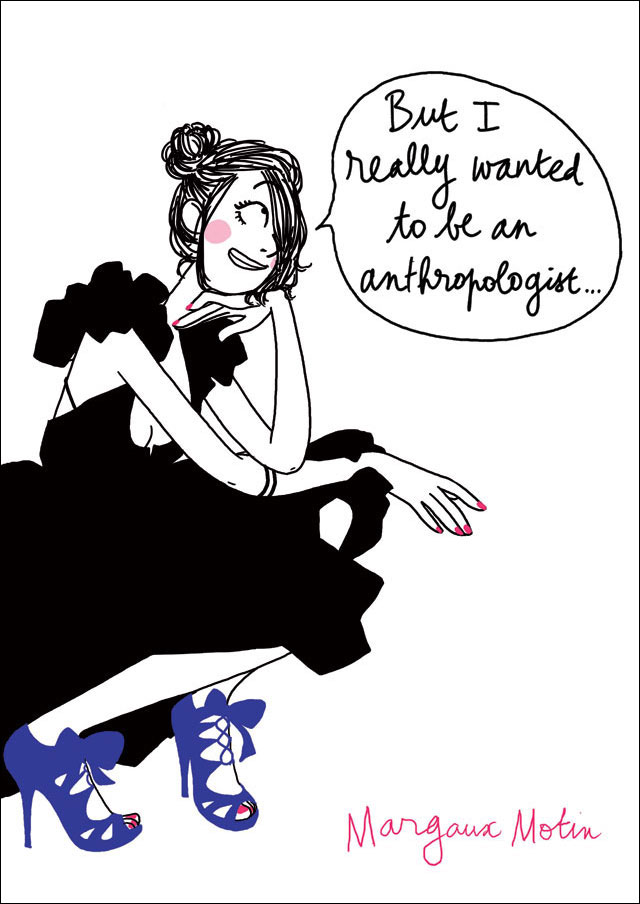