THE CARTOON MUSEUM SHOWCASES THE ANTHOLOGY CATALYST WITH EXHIBITION

ONLINE FROM 1st MARCH TO 31st MAY 2022 here: https://www.cartoonmuseum.org/catalyst-online-exhibition

SelfMadeHero teams up with the Cartoon Museum to curate an online exhibition celebrating SelfMadeHero’s Graphic Anthology Programme (GAP), which was designed to develop, publish and promote emerging creators of colour from across the UK. The exhibition, which showcases work from the anthology Catalyst, goes live on the Cartoon Museum’s website from 1st March until 31st May.

We are delighted to share the work of the artists who participated in Catalyst through an online exhibition,” says Joe Sullivan, Director of the Cartoon Museum. “It is an incredibly valuable project and we are very happy to see SelfMadeHero making an active decision to create a platform for artists who are under-represented in the comics industry. I hope that the online exhibition will share the artist's amazing work and experiences, and encourage others to pick up a pencil and tell their own stories through drawing comics.”

Catalyst editor Ayoola Solarin says: “There is a vast array of talent in UK comics, but, like many other creative sectors, it has a long way to go in acknowledging and showcasing the contribution of artists of colour to the industry. My hope is that the launch of SelfMadeHero’s Graphic Anthology Programme will go a little way towards dissolving the gatekeeping that still permeates the UK comics scene, while giving space for new, innovative voices to be heard.”

The GAP programme, the first of its kind for SelfMadeHero, saw seven participants complete an intensive 12 weeks of comics mentoring and masterclasses. This culminated in each participant – along with their mentors – producing an eight-page graphic short story, all of which have been combined into this anthology which is out now in the UK and US.

Collecting stories from a range of artists across the UK, this comics anthology unites their voices under a single theme: ‘catalyst’. In one story, the accidental witnessing of a horrific scene turns a regular day into a nightmare; in another, the truth of what it really took to put a man on the moon is revealed. From tales of misplaced memories to battles with the id, Catalyst offers a look at the consequences of big and small acts alike.

Showcasing a mix of established and emerging artists, this collection imagines the myriad ways in which a chain of events might end in either euphoria or catastrophe. Sometimes both. Edited by Ayoola Solarin, this provocative, intriguing and revelatory anthology invites readers to consider the situations, people and events that might accelerate change in their own lives and in our society as a whole.

The book can be pre-ordered through The Cartoon Museum's online shop now. 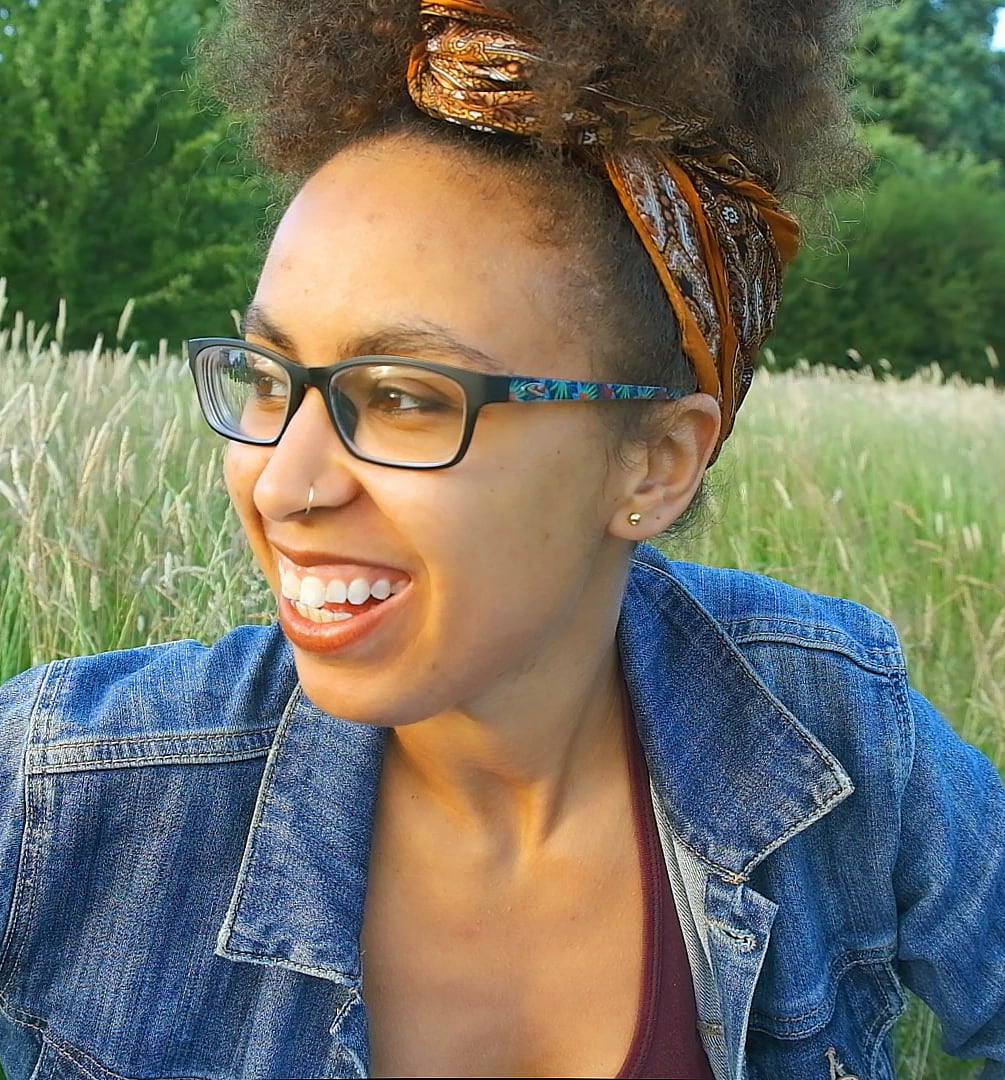 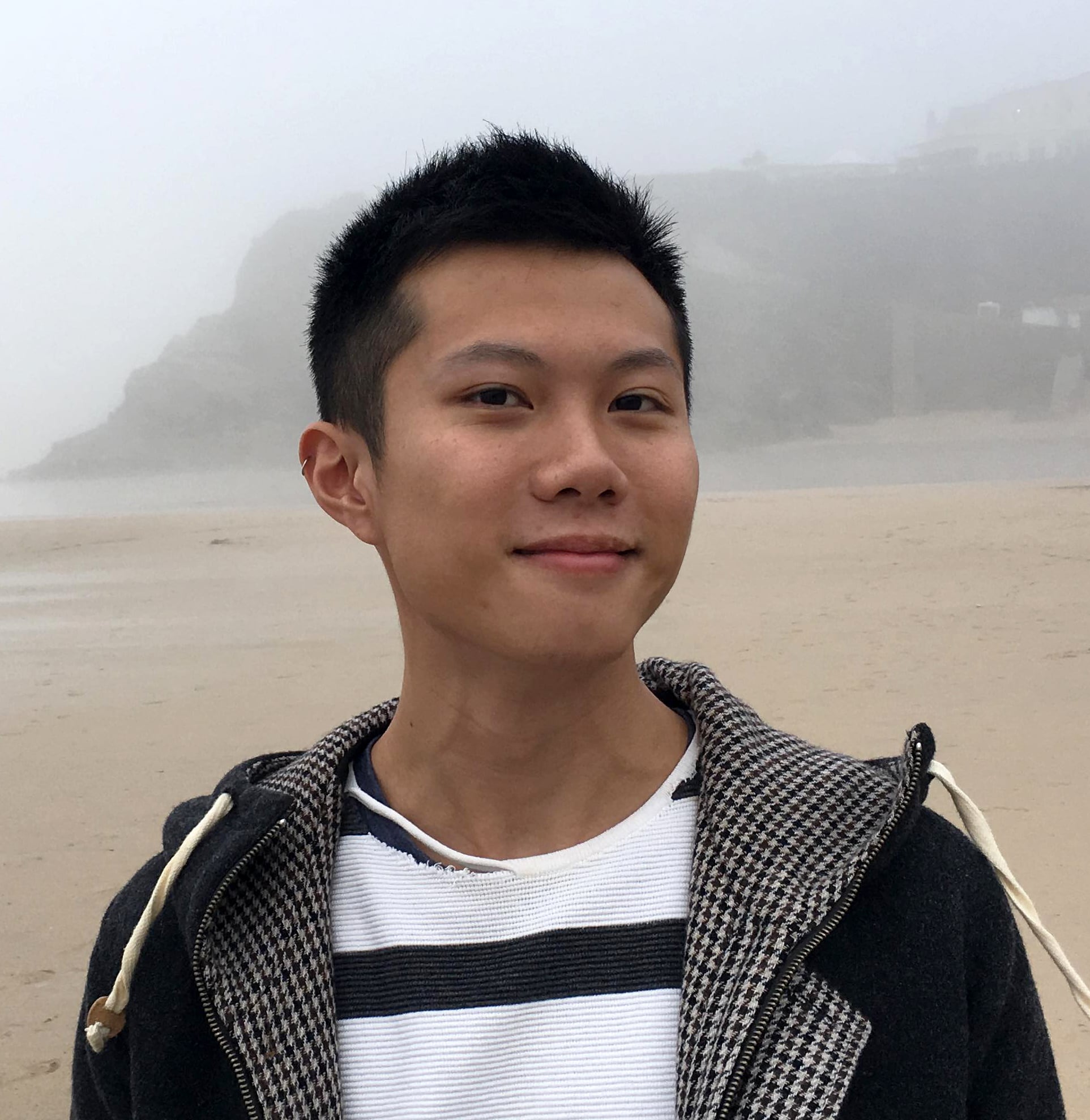 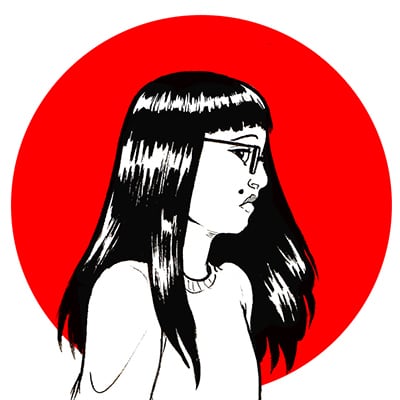 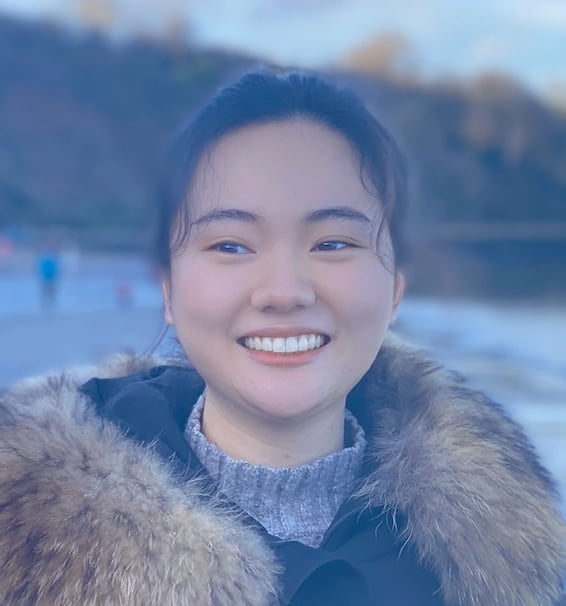 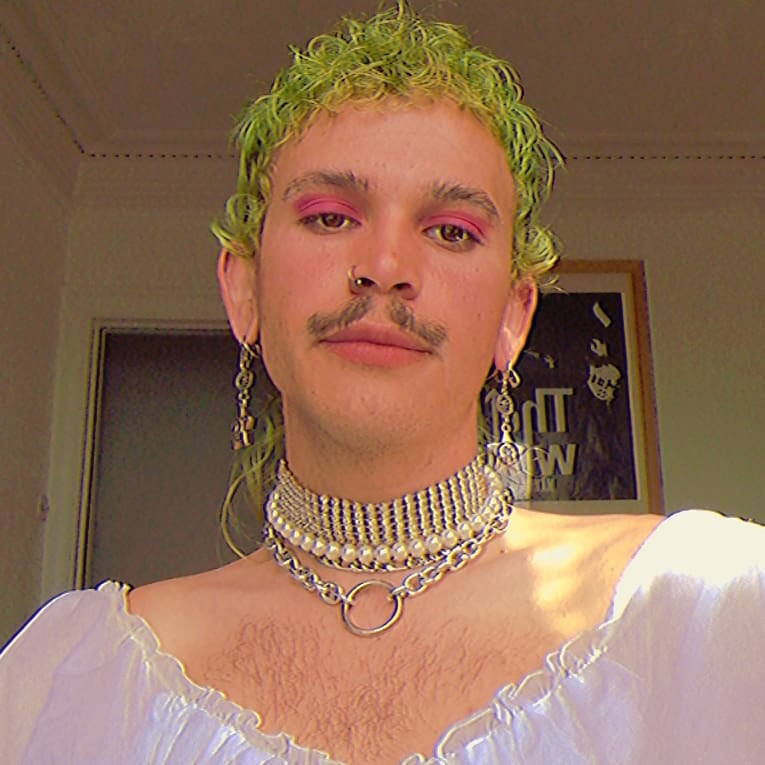 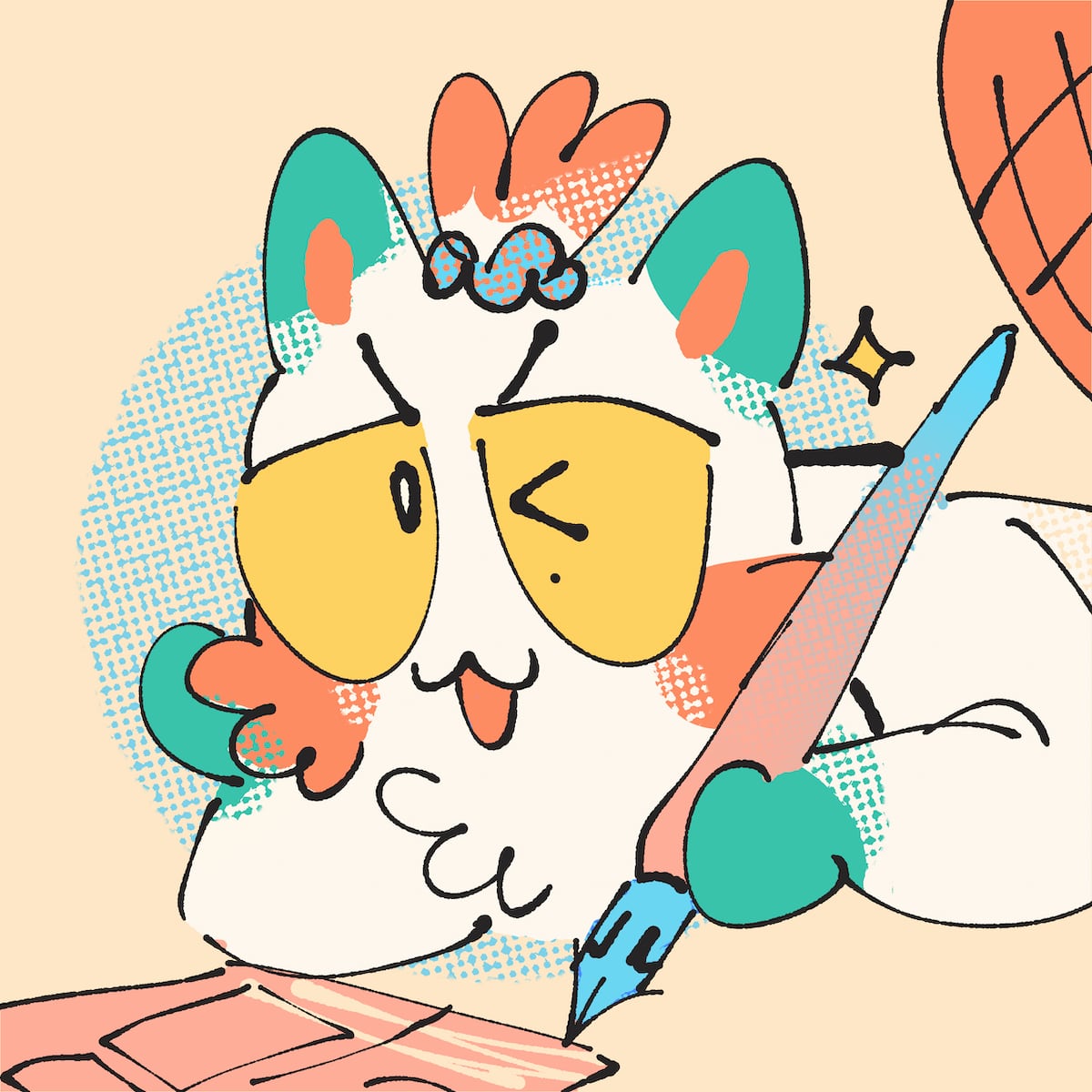 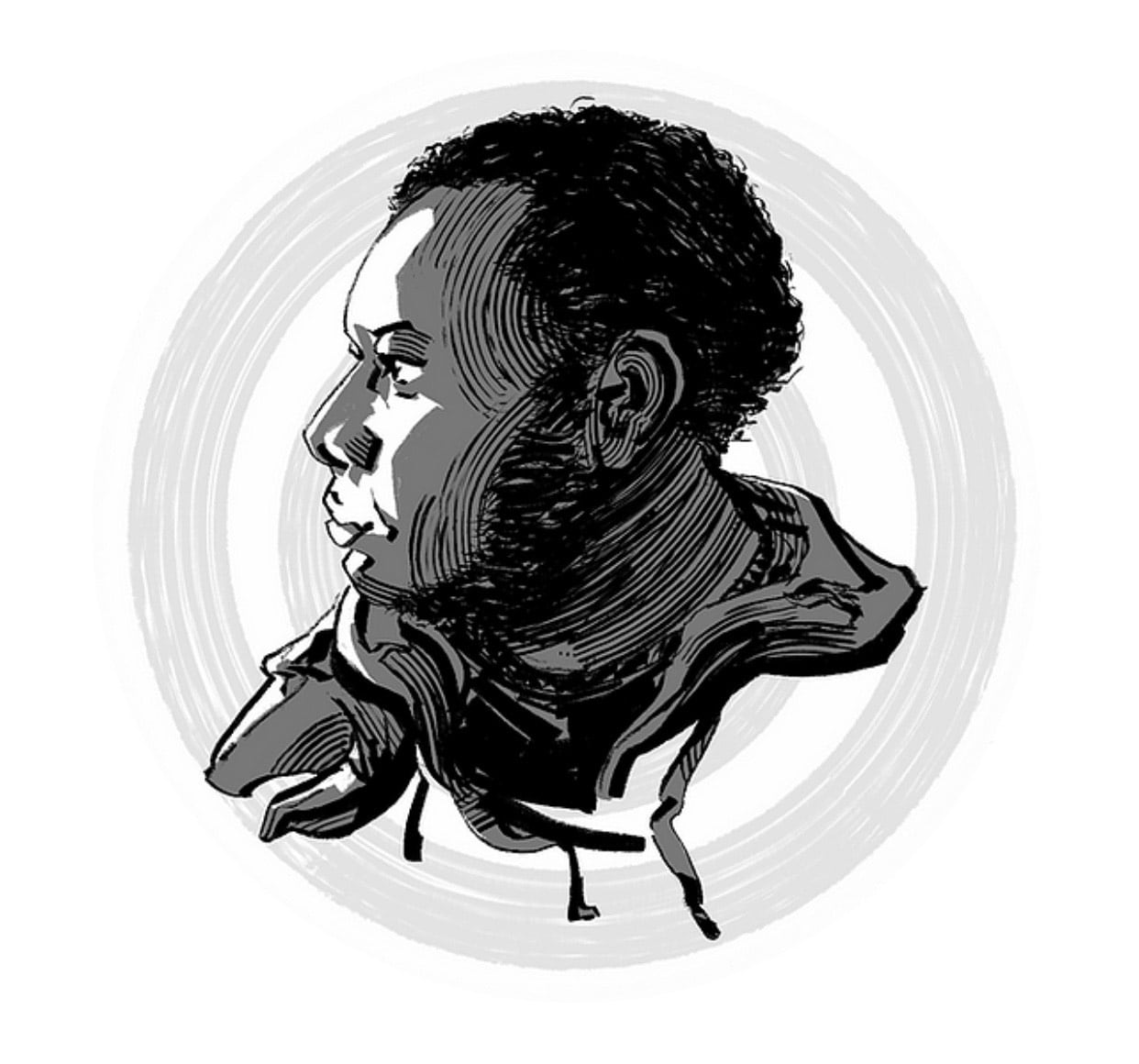 Each mentor is highly experienced in their field, delivering mentoring, feedback and masterclasses to help participants create a graphic short story over the 12-week programme. 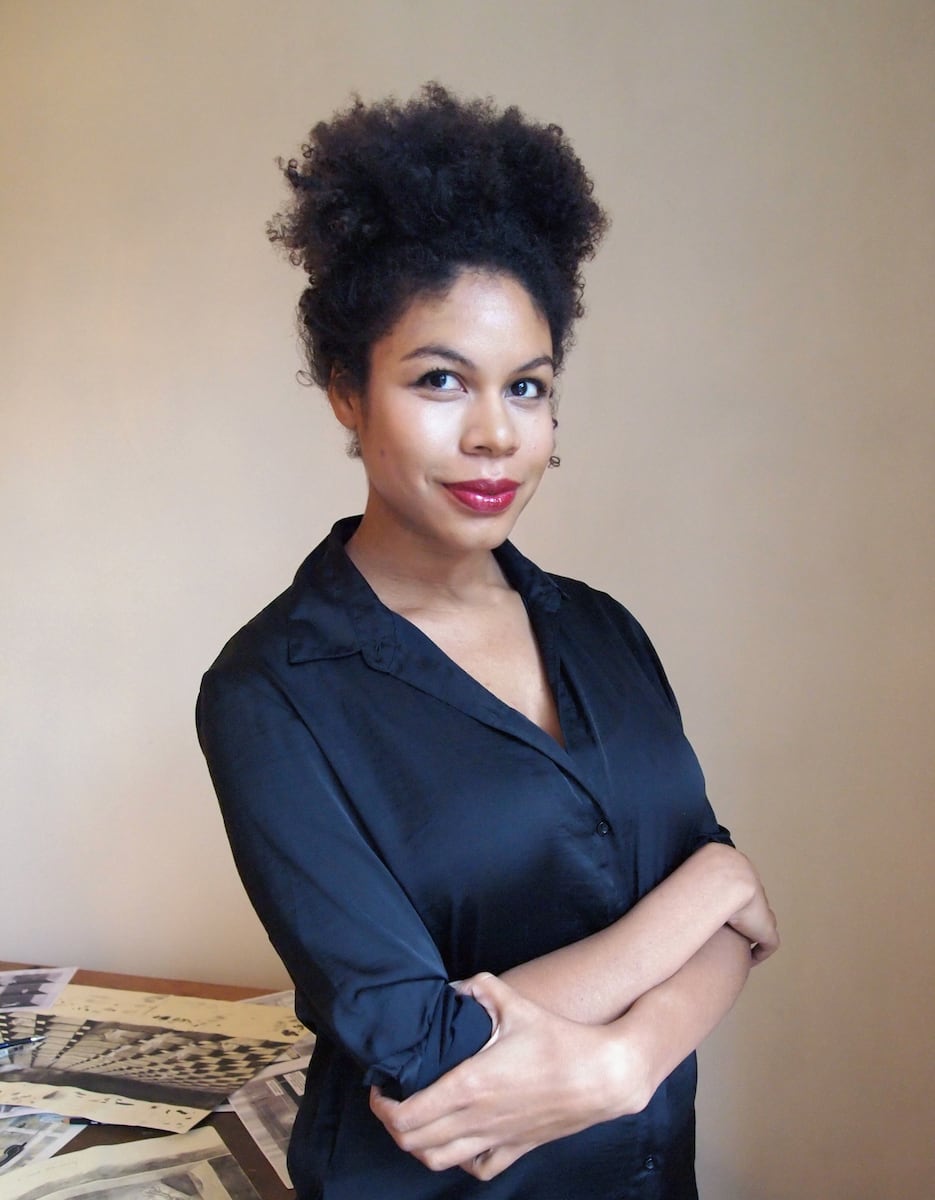 “Stories have the power to affect the way we view the world; stories in the form of text and image have a special power to address our emotional sensibilities by delivering a multilayered experience. It is important to support the telling of stories in all formats, and by all voices. The more we learn about various experiences through narrative, the more empathetic towards those experiences we become. I hope that the Graphic Anthology Programme platform can empower its readers to enrich and expand their worldview, and empower the artists involved to trust in the importance of their stories and the beauty of their expression.” – Catherine Anyango Grünewald

“You cannot place the responsibility for your own representation on others. No one else can express your reality like you.” – Asia Alfasi 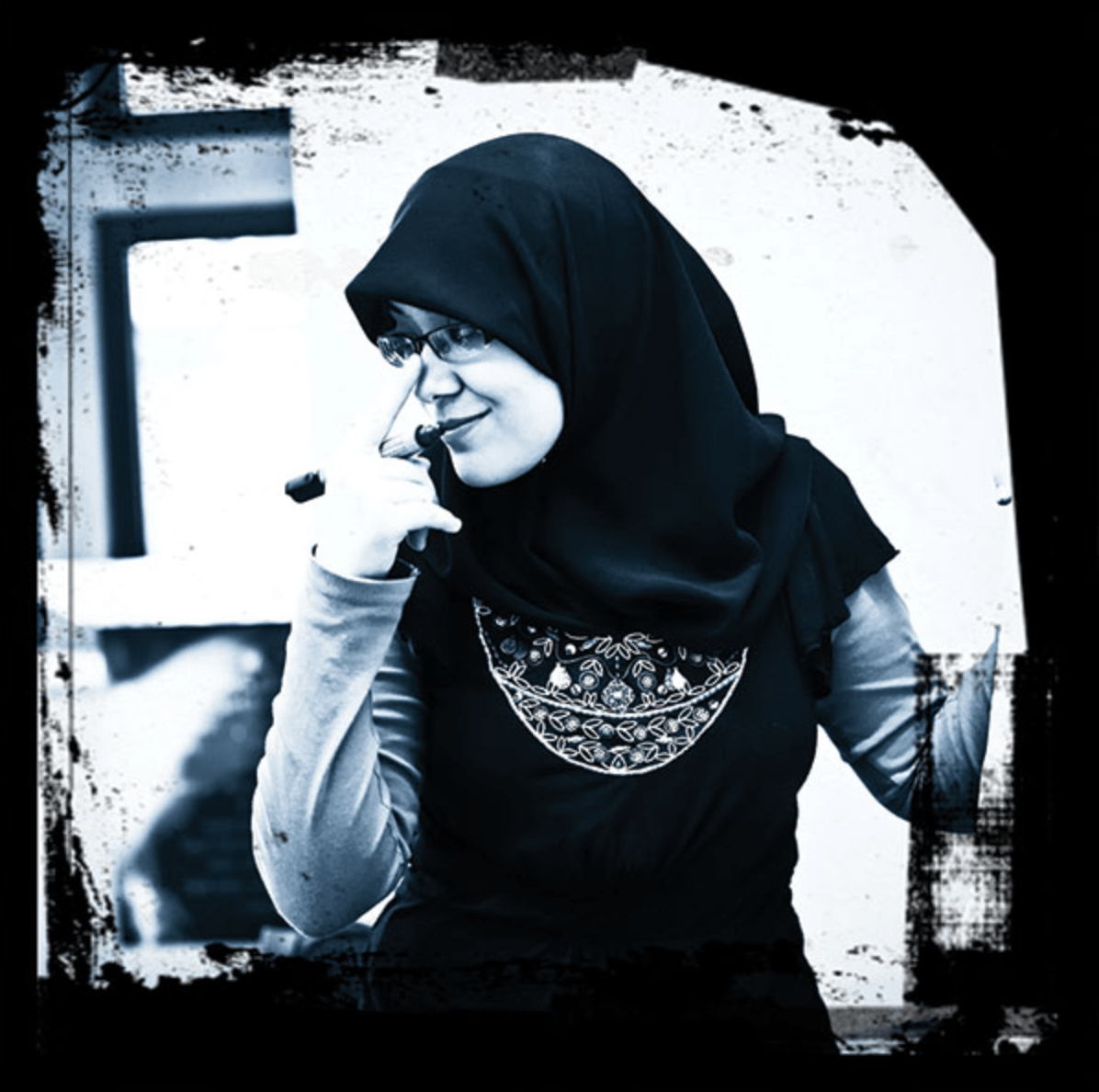 “The lack of professional provision and access for non-white comics creators is very real. It’s great to see a very necessary correction from SMH with this new initiative.” – Woodrow Phoenix

“Having delivered many Manga and comic-book workshops in schools across the UK, I know how much representation matters to the young people I speak to. Seeing an outspoken woman of Chinese descent achieve success in the UK comic-book industry surprises and inspires them in equal measure. I regularly receive letters from past students who’ve gone on to pursue careers in art, illustration, writing and publishing. I’m honoured to be part of this initiative to highlight and nurture talented artists of colour.”
– Sonia Leong 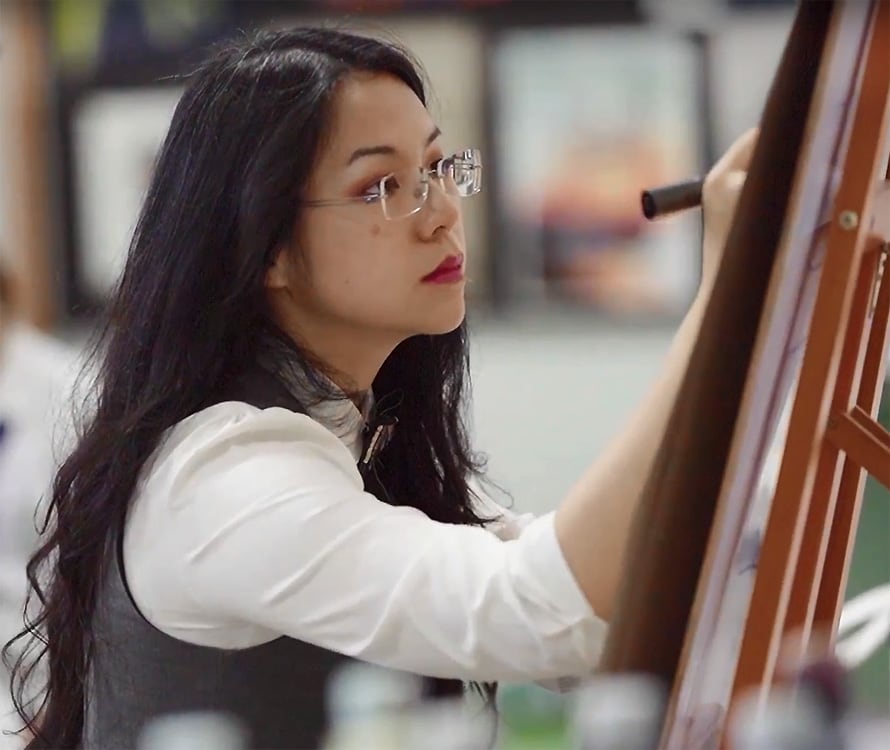 SelfMadeHero’s production team for the Graphic Anthology Programme will include editor Ayoola Solarin, graphic designer Txabi Jones and publisher Emma Hayley. All have a high level of expertise in creating graphic novels.

“There is a vast array of talent in UK comics, but, like many other creative sectors, it has a long way to go in acknowledging and showcasing the contribution of artists of colour to the industry. My hope is that the launch of SelfMadeHero’s Graphic Anthology Programme will go a little way towards dissolving the gatekeeping that still permeates the UK comics scene, while giving space for new, innovative voices to be heard.” – Ayoola Solarin 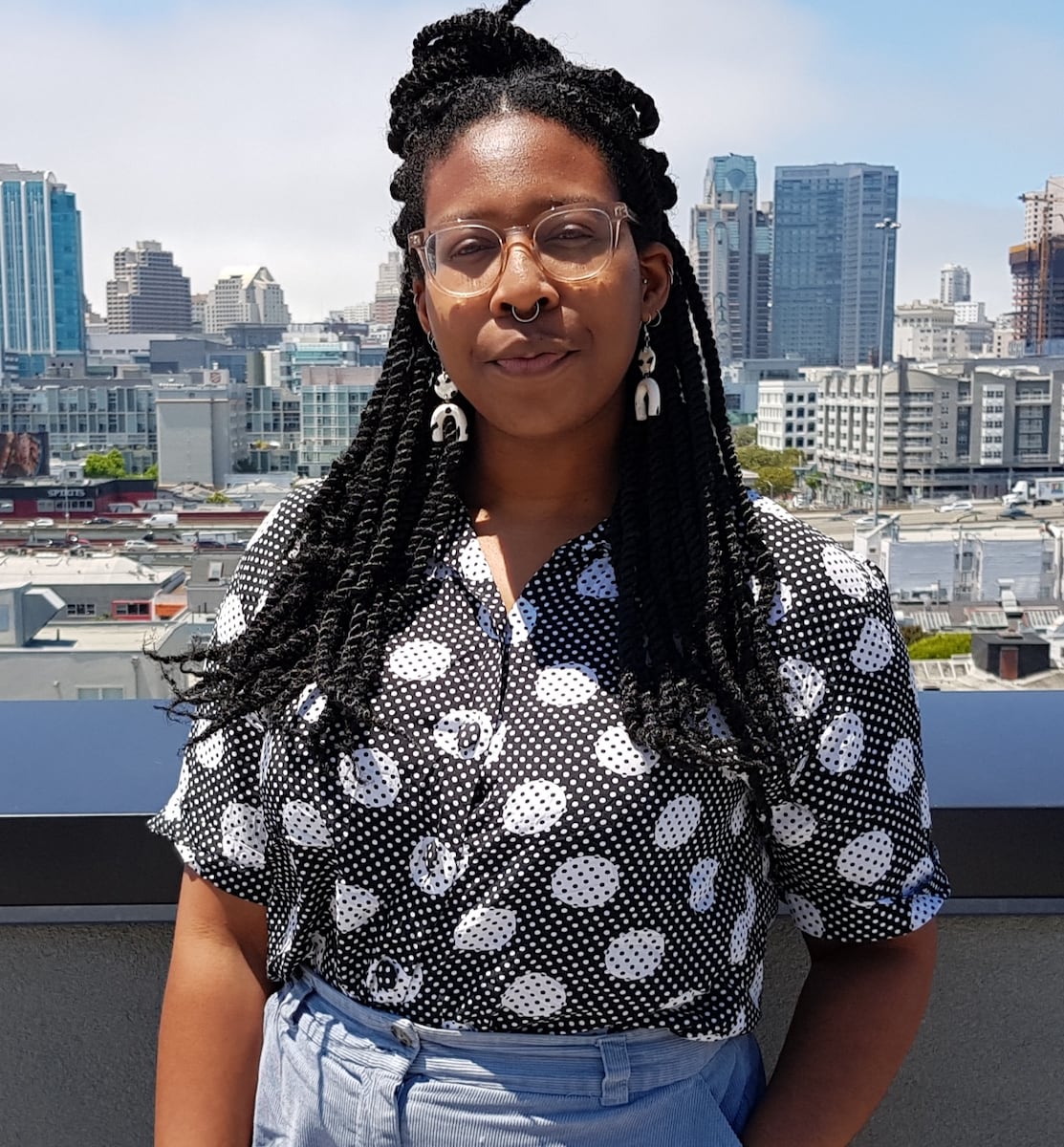 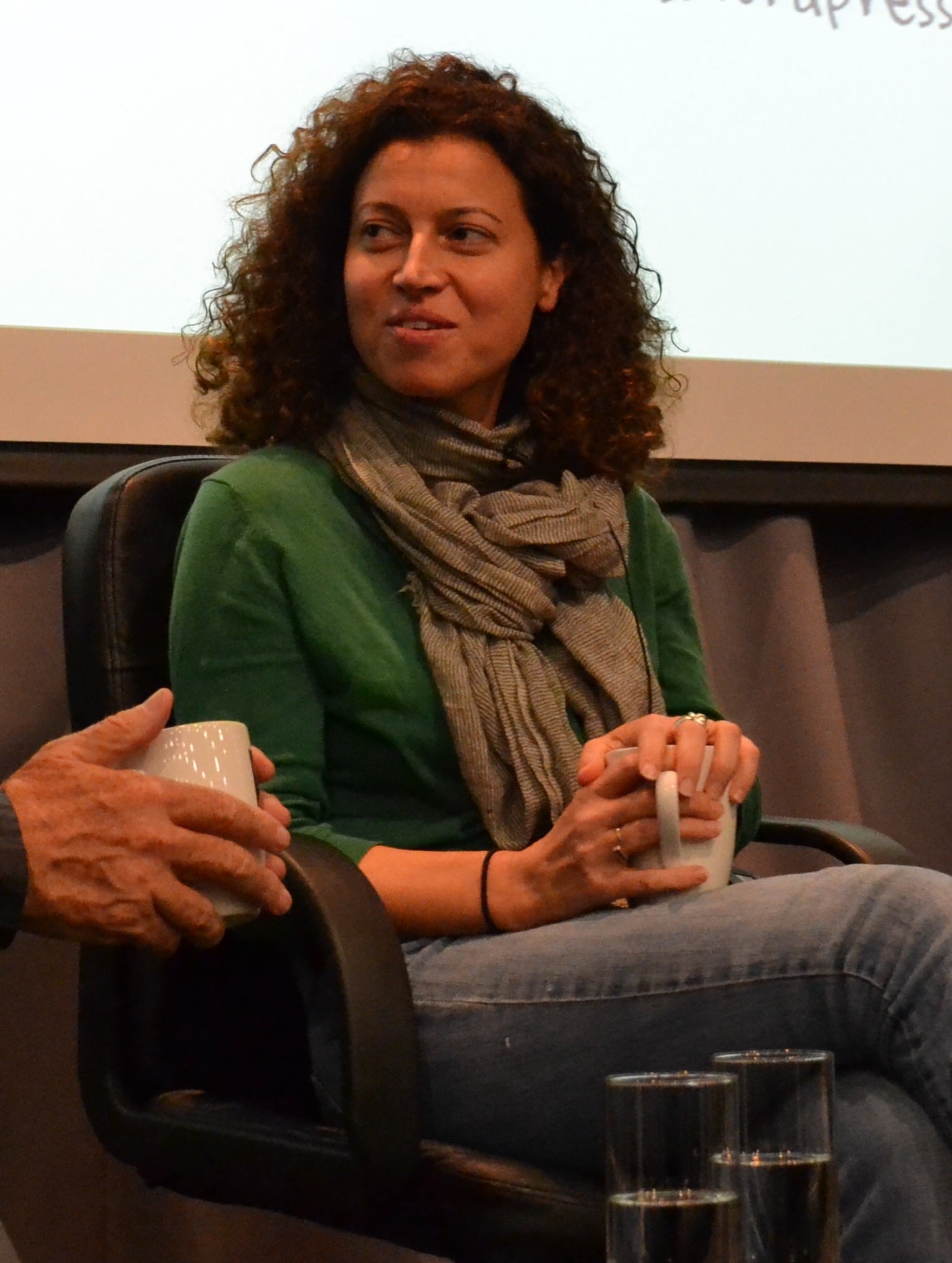 “The UK comics scene is young, vibrant and culturally progressive, yet there remains a lack of ethnic diversity among published artists and writers. The launch of our Graphic Anthology Programme marks an important step in acknowledging, addressing and reducing this disparity.” – Emma Hayley

“SelfMadeHero’s Graphic Anthology Programme will give ethnically diverse artists a long-needed, powerful tool to creatively tell their stories and to inspire the UK comics scene… and hopefully beyond.”
– Txabi Jones 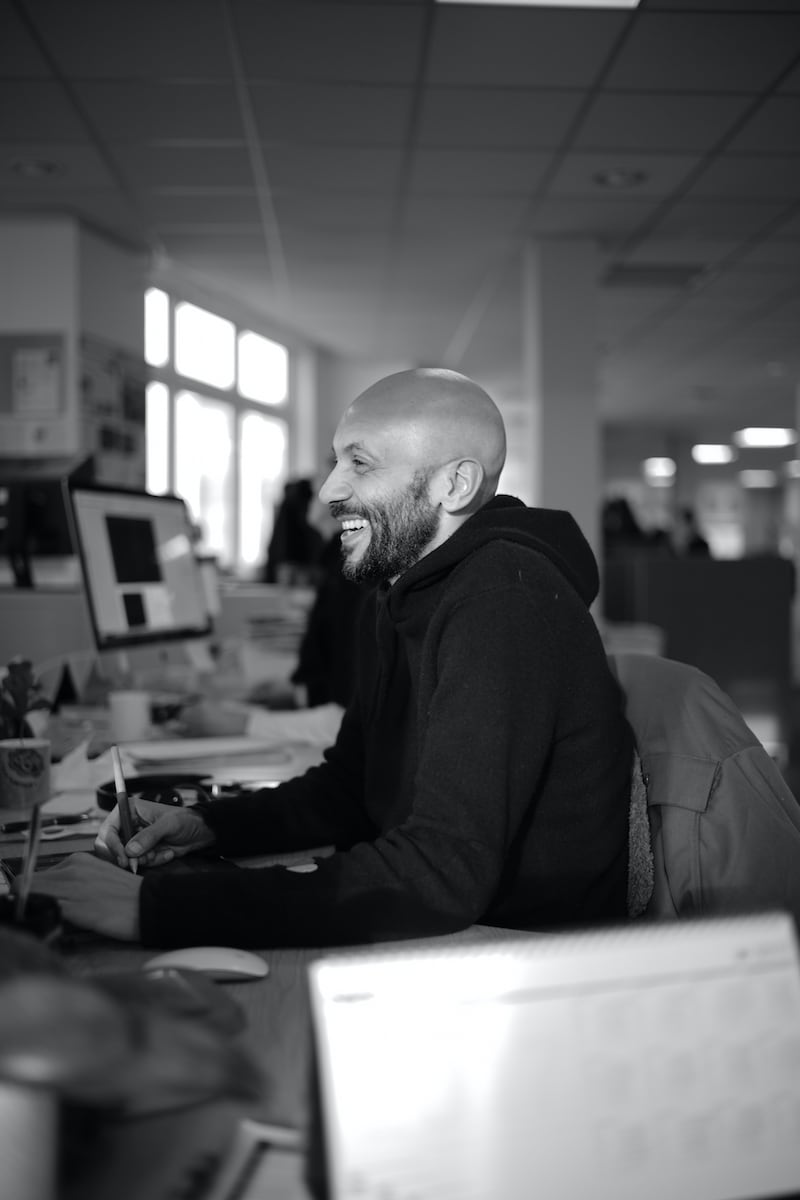 The criteria for this development opportunity are as follows:

• You are an artist from a Black, Asian, Arab, mixed-race, Romani/Traveller or non-white Latinx background.

• You do not have a literary agent representing you for graphic novels.
• You are 18+.
• You are a UK resident.

Submissions were assessed by the mentoring and publishing team.

Successful applicants will be notified the week commencing 19 April 2021.

The mentoring programme is provided free of charge to participants. This was only made possible thanks to public funding from The National Lottery through Arts Council England, and additional support from SelfMadeHero, Abrams & Chronicle Books, Oiffy, The Lakes International Comic Art Festival and The Society of Authors. The programme is run in partnership with Spread the Word.