Cédric, a forty-something painter living in Paris, has begun to question his life choices. Surrounded by uncertainty – and worse, despair – in the face of consumerism and climate change, he discusses his plight with the spirit of Henry David Thoreau, proto-environmentalist and author of Walden; or, Life in the Woods. Although almost two centuries separate the men, their viewpoints show the striking parallels between the commercialism of the 19th century and the capitalist alienation of today. Inspired by Thoreau’s return to nature, Cédric begins dreaming of his own retreat from urban life.
Timely and original, Thoreau and Me explores the causes and consequences of today’s climate breakdown. Blending humour, philosophy and fiction at a time of unprecedented ecological and financial stress, Taling explores how we can learn to live with and respond to our own anxieties. 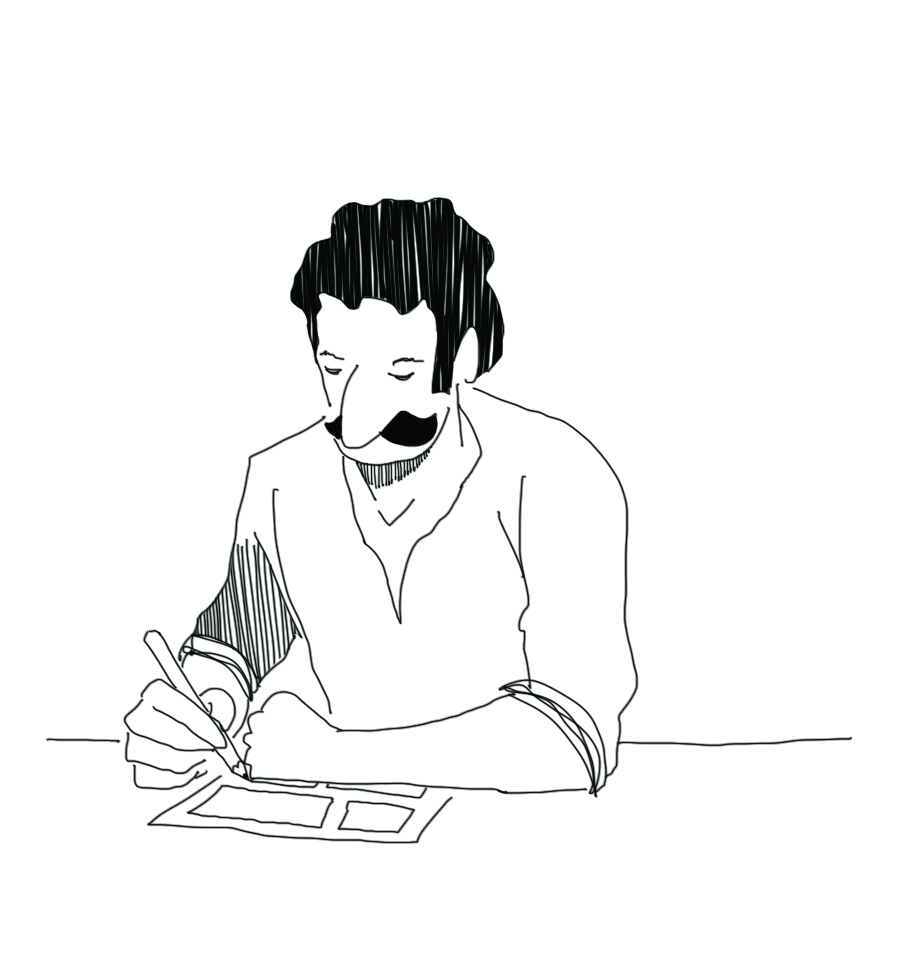 Cédric Taling is a painter and illustrator. He has worked as a screenwriter for Canal+ ID and as an animator for cinema and television. His paintings are inspired by comic art, and blend American and Japanese graphic influences. Cédric produced his first solo exhibition in 2007, and in 2014 co-founded the contemporary art centre in La Traverse d-Alfortville. Thoreau and Me is his debut graphic novel.