George Orwell’s most celebrated work, 1984, and the prescient vision it contains of a society governed by Big Brother, predates the constant monitoring of people and data we are familiar with today by over 70 years. But his life was every bit as fascinating and forward-looking as his books. Orwell studied at Eton, joined the police in Burma, fought in the Spanish Civil War, fiercely opposed Stalinism, and lived in London’s slums while working as a journalist.

With illustrations by a team of artists including Juanjo Guarnido, Enki Bilal, Manu Larcenet, Blutch and André Juillard, Pierre Christin and Sébastien Verdier’s Orwell offers readers an intimate yet definitive portrait of our greatest political writer. 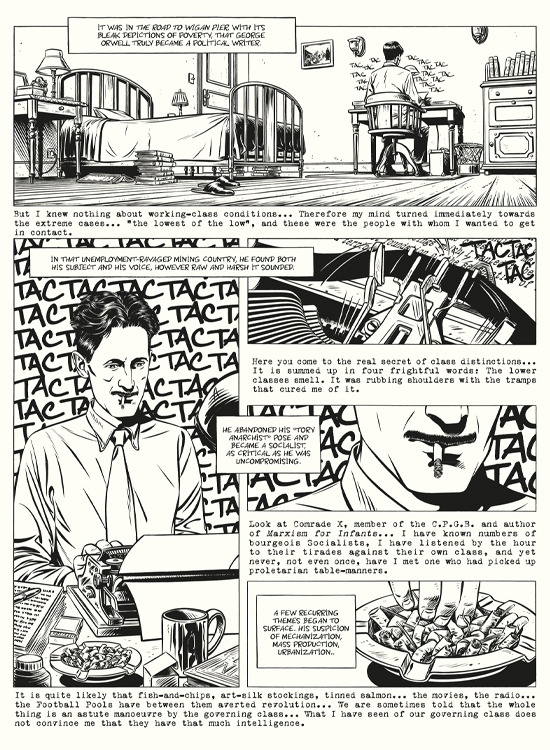 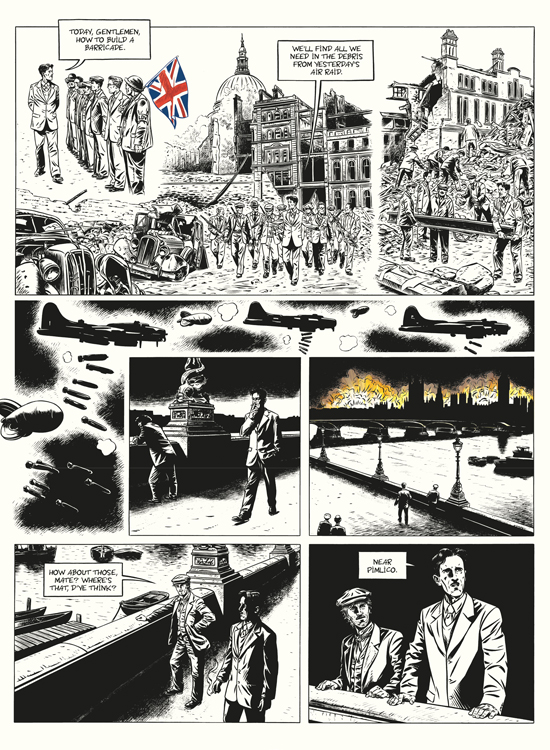 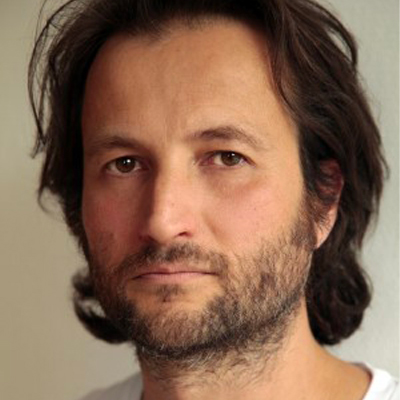 Sébastien Verdier is a self-taught comic book artist, and author of the acclaimed Ultimate Agency (with François Corteggiani). 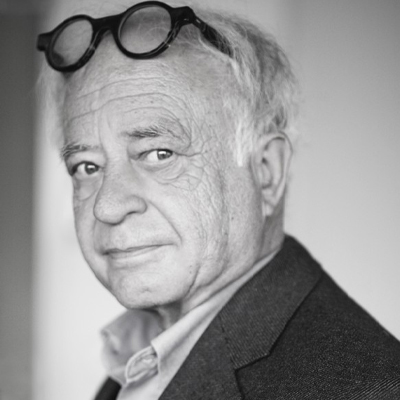 Pierre Christin is the creator of the bestselling Valérian series. Inspired by research into the world’s Communist regimes, he went on to produce the classic European graphic novels The Town That Didn’t Exist, The Black Order Brigade, and The Hunting Party. 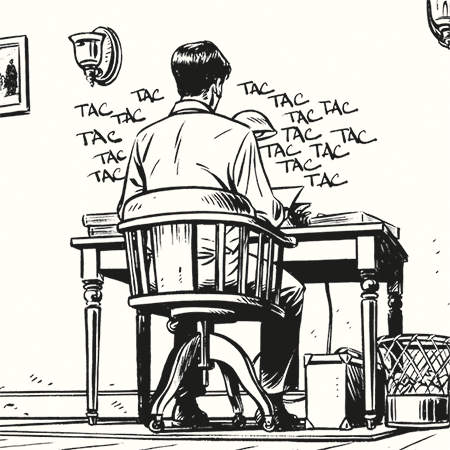 "Christin and Verdier have left no stone unturned: the writing is forensically descriptive and the many illustrations are rich in atmospheric detail."
— Buzzmag
"Orwell is a fantastic and big brotherly look into the life of a child once known as Eric Blair… a truly inspired memoir."
— BGCP Comic Con
"This graphic biography is the perfect antidote to misappropriation of Orwell’s concepts, eradicating misconceptions and illuminating the writer’s motivations for penning books like Animal Farm and 1984."
— Comics Beat
"It is very much worth reading Orwell; worth lingering over the pages to take in the work of Christin and Verdier, and to consider the life of an extraordinary man, and the extraordinary vision of our world that he depicted."
— The Association of Illustrators
"ORWELL shares many of the virtues of the best graphic novels."
— Imagetext Journal
"A stunning and enlightening graphic novel that leads the way to looking at the writer in greater and finer detail."
— Liverpool Sound & Vision
"Christin, Verdier et al have pulled off a rare feat. They have taken one of the most straightforward writers in the English language and made his canon and life story more accessible."
— The Orwell Society
"This is a book that, while an entertaining biography, also serves as a social commentary on Orwell/Blair’s life and times…most enjoyable."
— Phenomena Mag
"Orwell is a brilliant graphic biography."
— Entertainment Focus
"Christin is an ideal commentator on Orwell and his world... Talented artist Sébastien Vernier moves from impeccably detailed black and white precision to full paintings when presenting summaries of Orwell’s novels... The result is a biography to cherish."
— Slings and Arrows
"This [graphic novel] is suited not just to Orwell fans but to devotees of life stories of any kind."
— Bookish Beck