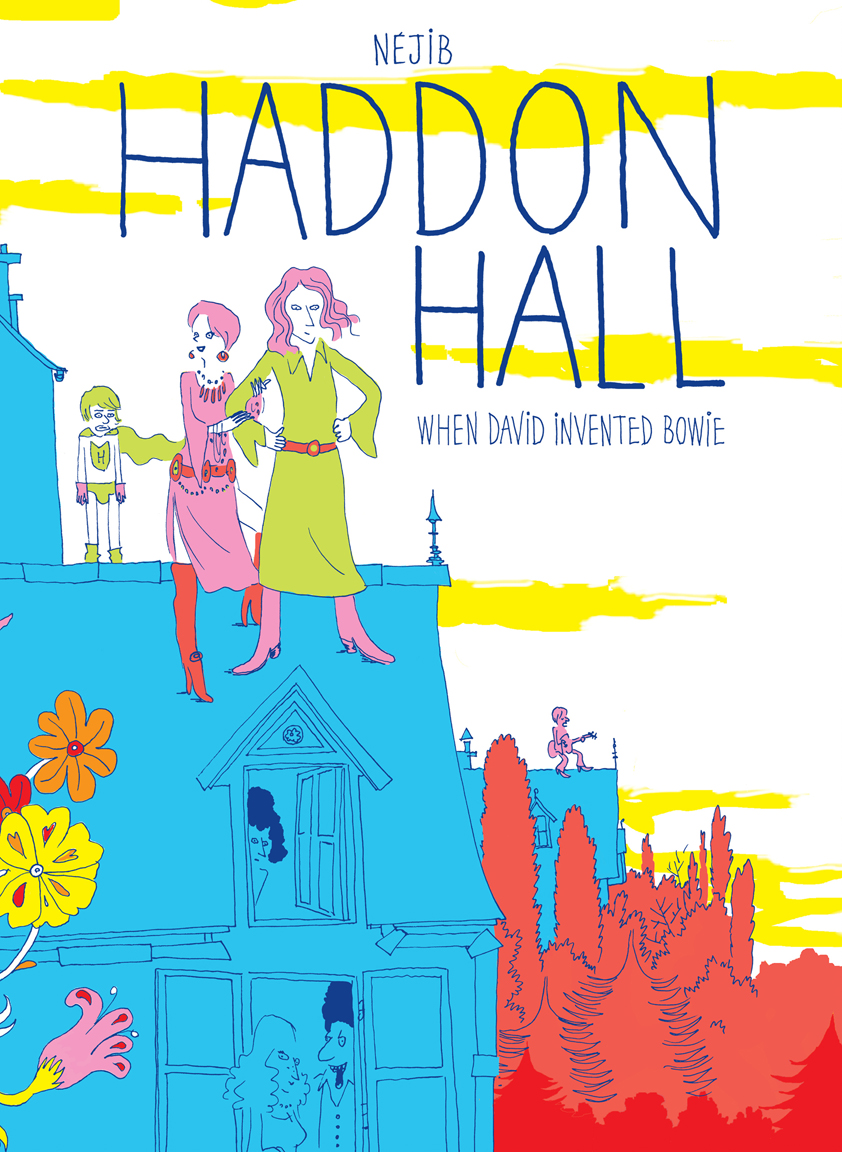 Ziggy Stardust, Aladdin Sane, The Thin White Duke: David Bowie had an extraordinary talent for reinvention. But at the beginning of his career, he made the most significant transformation of his life: from David to Bowie.

In 1969, shortly after the release of his first hit single, David and his girlfriend Angie move into Haddon Hall, a sprawling Victorian house in the suburbs of London. Part commune, part creative hub, the house becomes home to a community of musicians, hippies and hangers-on. As egos clash and parties get out of hand, David keeps writing: 'Changes', 'Kooks', 'Life on Mars' – songs that will propel him to global fame.

Charting Bowie's personal life, the development of his music and the transformation of his image, Haddon Hall is an evocative portrait of a young artist presiding over a musical revolution. 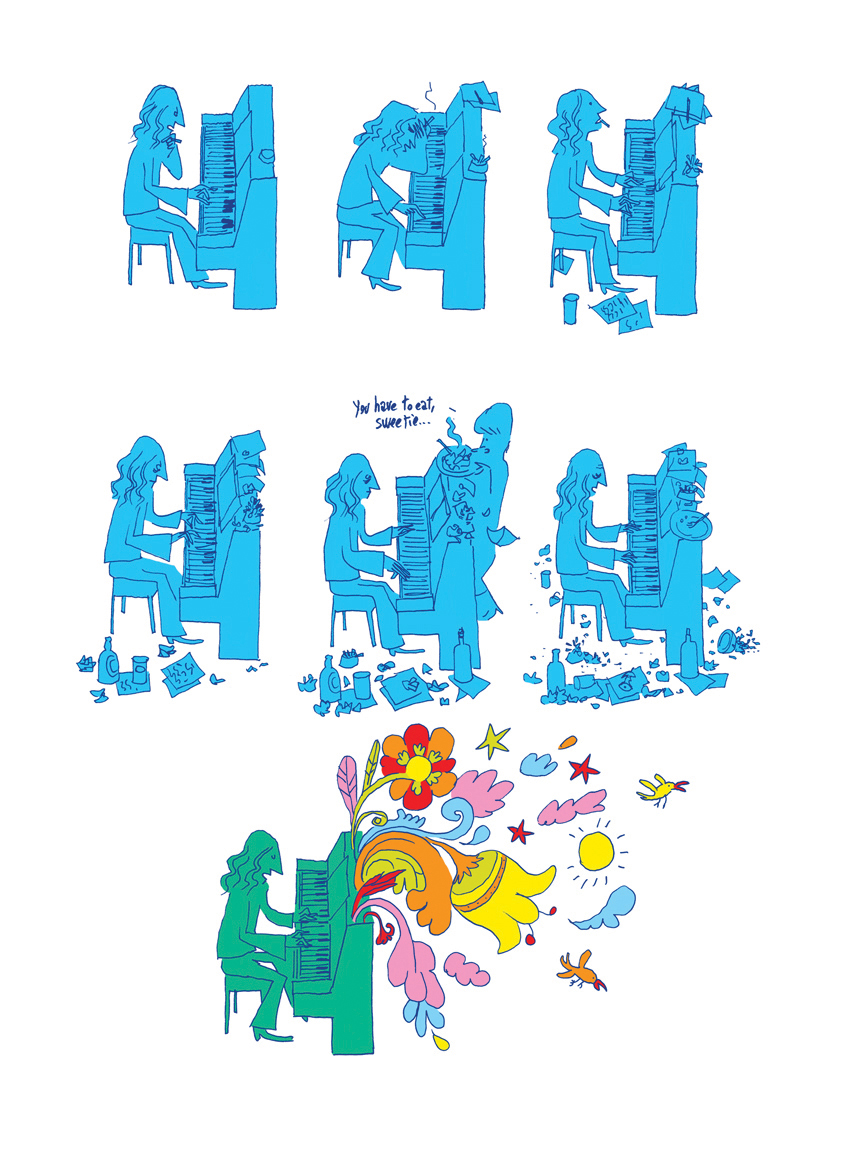 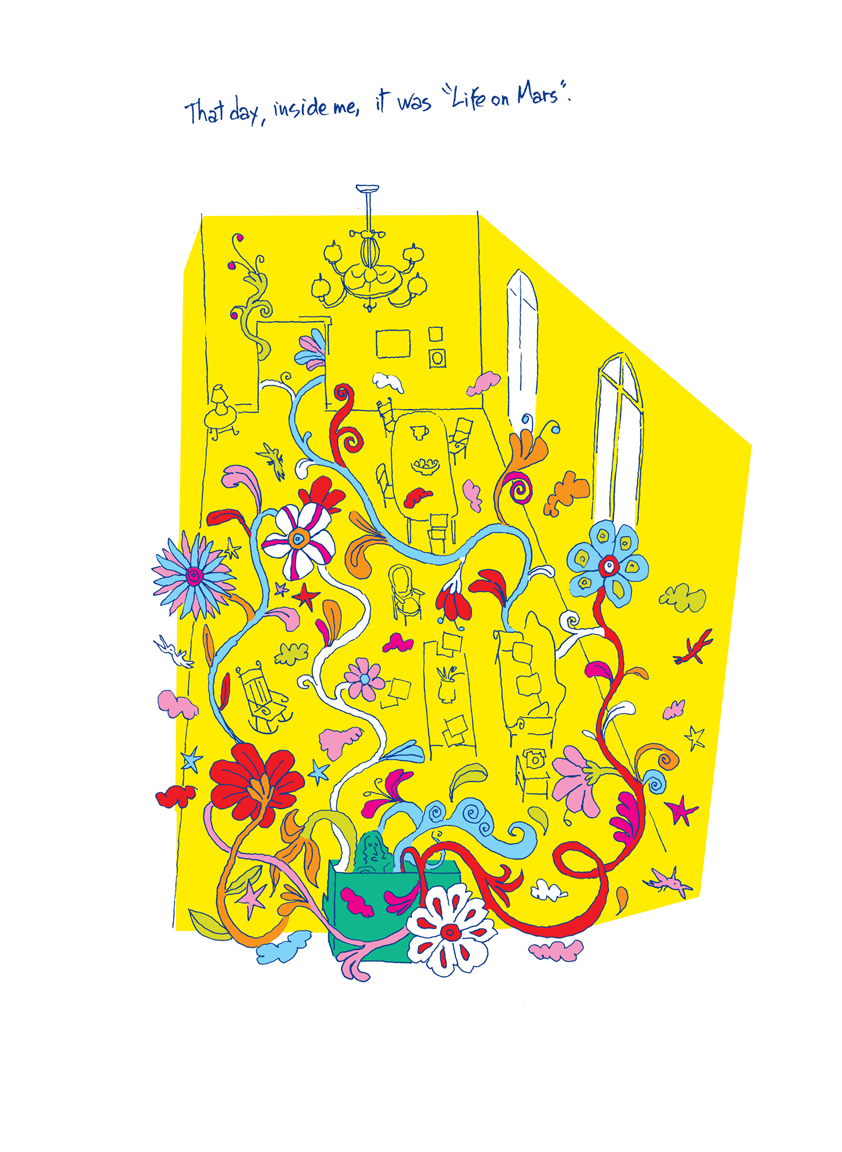 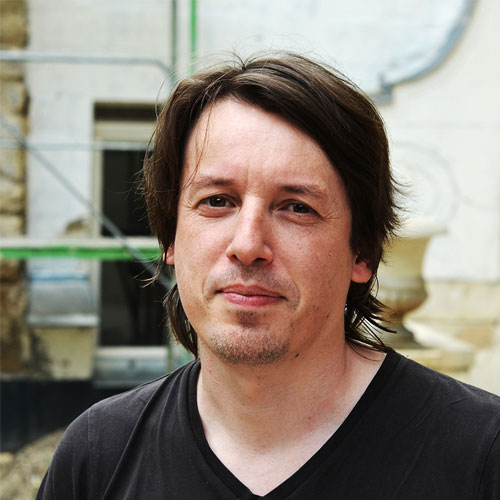 Néjib is a graphic designer and comics artist. He is the Art Director at French publisher Editions Casterman. Born in Tunisia, he now lives and works in Paris. 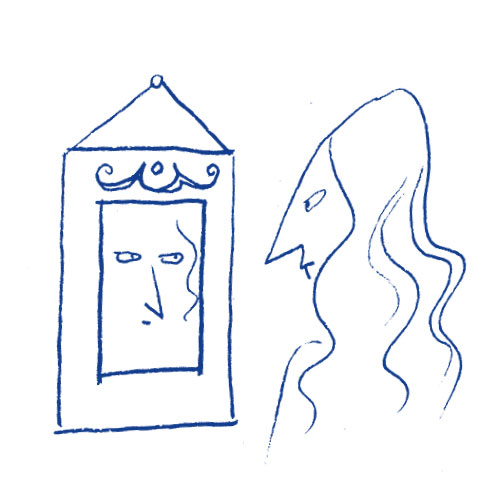 "What a dazzling book this is. Néjib is wonderfully alive to the influences on Bowie in this crucial period."
— The Observer
"Bright colours and arresting perspectives abound… an enjoyable ride."
— The Guardian
"This excellent book is full of visual and narrative energy – the kind of book you stay up too late reading and have to force yourself to slow down to savour. I loved it."
— The Quietus
"This book is a delight… It shows in its not-too-serious way that creativity can be a grind, and that none of us – not even David Bowie – was born a fully formed artist."
— Boing Boing